05-Dec-2014
Wynne Construction has been awarded the contract to build the new £2.4m storage and transhipment depot for haulier Edge Transport at Deeside Industrial Estate, a move that will drive growth in jobs and clients to the area. Jonathan Edge, managin... ...more >>

Work starts on the National Sailing Academy in Pwllheli 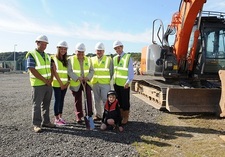 01-Aug-2014
Building work has started on a £4 million project to build the Pwllheli Sailing Academy building that will complete the package of recent capital investments in the town's harbour area. The first sod of turf has been broken on the site of Wales' ... ...more >>

29-Jul-2014
During the CITB Cymru 50th Anniversary celebrations on 18 July 2014 our Chairman Maldwyn Wynne was presented with an LABC Lifetime Achievement Award. The award had been originally scheduled to be presented to Maldwyn on 11 April at the LABC award... ...more >>

22-May-2014
In a further step towards reducing the company's CO2 emissions, Wynne Construction have taken delivery of the first of its new JCB loadalls. The JCB 535-140 Hi-Viz has 10% improvement in visibility making the machine easier and faster to operate... ...more >> 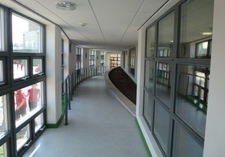 07-May-2014
Wynne Construction is one of seven firms to have been appointed to the North Wales £200m Schools and Public Buildings Contractor Framework. The Framework is a joint project funded by the Welsh Government's Department for Education and Skills and ... ...more >>

03-Apr-2014
Wynne Construction has been awarded the contract to build the new £4.2m Welsh National Sailing Academy and Events Centre in Pwllheli, Gwynedd. Following the completion of the marine works within the harbour, the construction phase of the project wil... ...more >> 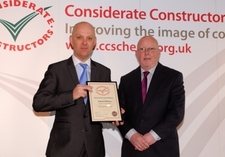 25-Mar-2014
Congratulations to Andrew Williams, Site Manager and all his team who have been awarded the Considerate Constructors Scheme (CCS) Bronze Award 2014 for the Ysgol Y Bont project in Llangefni, Anglesey. All registered sites with CCS were eligible t... ...more >>

17-Mar-2014
A group of Italian students on a two-week language course with the Conlan School of Abergele, recently visited the construction site at Coleg Llandrillo in Rhos-on-Sea. The group of fourteen students, who come from the Tuscany region and had receive... ...more >> 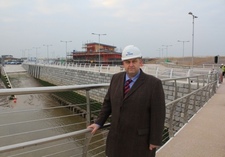 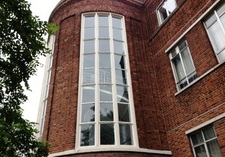 06-Jan-2014
Wynne Construction has recently been awarded a £2m project by the University of Chester. The project involves the refurbishment of two buildings at the former Shell Technology Centre in Thornton, Ellesmere Port, which was acquired by the University ... ...more >>