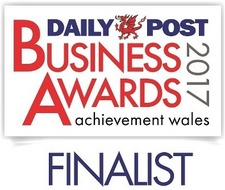 01-Dec-2017
Wynne Construction is celebrating being shortlisted for a prestigious regional business award. The company was one of just three companies to be nominated in its category at the 2017 Daily Post Business Awards. Established in 1926, Wynne Constru... ...more >> 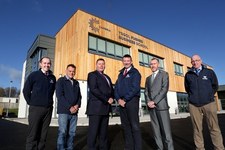 29-Nov-2017
A North Wales construction firm is celebrating the completion of a £3.0m new business school at the Northop campus for Coleg Cambria. The project to build the Ysgol Fusnes / Business School has followed on from the recent completion of a new engine... ...more >> 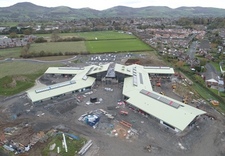 03-Nov-2017
Flood prevention measures installed by Wynne Construction at a school site have additionally reduced the risk to nearby housing from a one in a hundred year risk, to better than one in a thousand years. Wynne’s work raised the level of the new sc... ...more >> 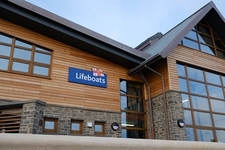 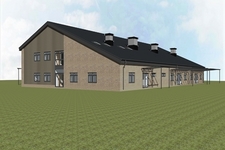 20-Oct-2017
Wynne Construction has been appointed as the main contractor to take forward plans to deliver the new school buildings and facilities for Ysgol Carreg Emlyn in Clocaenog. The project is being jointly funded by Denbighshire County Council and the Wel... ...more >> 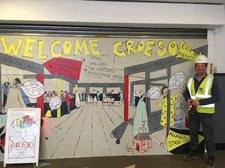 12-Oct-2017
A public vote has chosen the name for the £4.5m arts centre in Wrexham being developed by Wynne Construction. A total of 897 people voted between three possible names for the £4.5m market and arts development. They chose Tŷ Pawb /Everybody's ... ...more >> 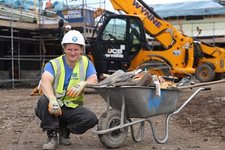 29-Sep-2017
A voluntary work experience placement has led to the first-ever permanent job, at the Glasdir School site, Ruthin, for a Rhyl man unemployed for nearly a year. Alistair Paul, 34, previously earned a living as a temporary worker placed by employme... ...more >>

07-Sep-2017
A new milestone passed for Wynne Construction when no fewer than three new primary schools built by the company opened within the same week. The £5m Ysgol Rhyd Y Llan school opened in the village of Llanfaethlu, Anglesey. It replaces the three sc... ...more >> 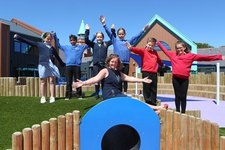 01-Sep-2017
Pupils from three Holyhead schools are enjoying first class educational facilities as they start the new term. For the town's much-awaited £9m Ysgol Cybi Primary 'super-school' has opened its doors for business. A total of 540 pupils plus 70 nu... ...more >> 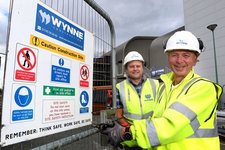 25-Aug-2017
A man who struggled for six years to find work, following convalescence after being stabbed three times while working as a security guard, has finally found his perfect job. Brian Edwards, 52, of Rhyl, was offered an employment contract with Wynn... ...more >>

18-Jul-2017
Bodelwyddan-based Wynne Construction reached the shortlist for an award for best Welsh small-to-medium-sized construction firm. The company beat off strong competition to become one of four firms shortlisted in the category in the 2017 Constructing ... ...more >> 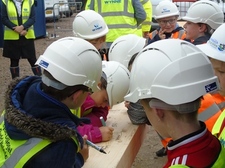 11-Jul-2017
Representatives from Wynne Construction attended a beam-signing ceremony at the site of two new schools it is building. Construction is already well under way at the shared school site at Glasdir, on the outskirts of Ruthin. Worth Â£11.2m, the de... ...more >>

Press picks up on our Construction Framework Successes 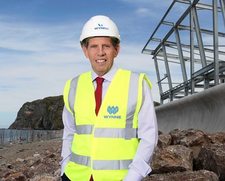 10-Jul-2017
Wynne Construction has featured prominently in the regional press as an example of a firm that has benefited from a new regional construction framework. The firm was chosen to be highlighted in publicity about the success of the first-ever North ... ...more >>

23-Jun-2017
Members of the public and tradespeople are invited to an open event which will provide information and updates on a major development in Wrexham town centre - as well as the chance to have their say on the name of the new facility. An information... ...more >>

22-Jun-2017
Trainee builders, plumbers and joiners are benefiting from work experience on the Â£10m redevelopment of their own college campus - thanks to an initiative by Wynne Construction. The students have had the opportunity to work alongside the site ma... ...more >> 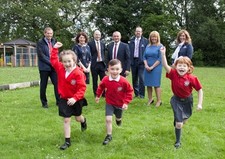 20-Jun-2017
Local firm Wynne Construction, based at Bodelwyddan, will build this new 21st Century primary school facility, amalgamating the all-through 3-11 English medium community primary school on the Abbotts Lane site, together with the demolition of the ex... ...more >> 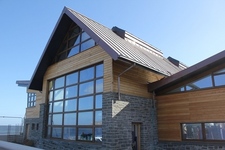 16-Jun-2017
The iconic replacement RNLI Llandudno Lifeboat station being built by Wynne Construction is nearing completion. The steel-framed, timber-clad, boathouse has been constructed at Craig-y-Don on the North Shore of the resort. Wynne started construc... ...more >> 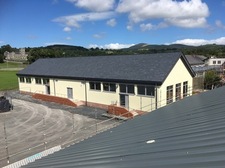 01-Jun-2017
An ambitious project to create a new Â£10m learning campus for primary and secondary school children in Bala, North Wales, has reached a milestone as the leisure facility nears completion. Wynne Construction is carrying out a refurbishment and bu... ...more >>

11-May-2017
Wynne Construction have been awarded BIM Level 2 Business Systems Certification accredited through a stringent process with the BRE. The BRE's BIM Level 2 certification assesses business capability to utilise advanced 3D modelling tools and have... ...more >>

Harrison set for career in construction 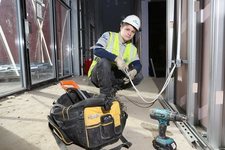 04-May-2017
A career in the mechanical plumbing or electrical trade beckons for a Bangor man following work experience on a Wynne Construction site. Harrison Griffiths, 20, joined contractors working on the site of the new Ysgol Glancegin, Maesgeirchen, Bang... ...more >>

Sky's the limit on our seaside contracts 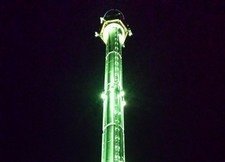 31-Mar-2017
An iconic seaside attraction is undergoing a transformation by Wynne Construction. Work has started to turn the Sky Tower on Rhyl promenade into a static light beacon. Wynne Construction is also carrying out an external refurbishment of the nearb... ...more >> 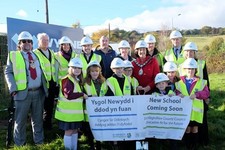 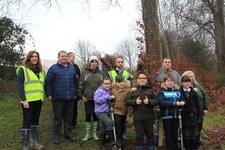 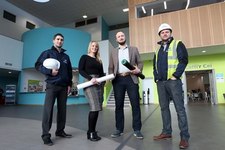 16-Feb-2017
Two former classmates who studied design and technology together at a North Wales high school are now part of a team helping to design and construct new schools in the region. Rachael Fenton, a project landscape architect and Peter Fisk, an archi... ...more >> 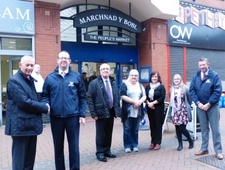 19-Jan-2017
Wynne Construction has started work on a £4.5m scheme after a major contract win from Wrexham County Borough Council. The project will transform Wrexham's People's Market into a joint arts and market centre. In a significant development for ... ...more >> 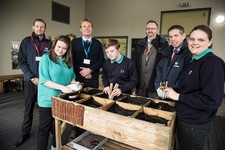