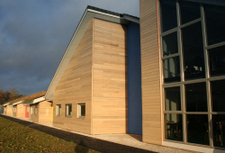 13-Dec-2008
ANGLESEY'S first ever eco-friendly school that will generate electricity and sell it to the National Grid is set to open. The relocated Ysgol-y-Graig in Llangefni will boast a range of energy-saving features including solar roof tiles, a wind turbi... ...more >>

02-Nov-2008
Wynne Construction has won a twelve month contract for the construction of a new two storey teaching block at Ysgol Glan y MÔr, based in Pwllheli. Awarded by Gwynedd County Council, this £2.5m refurbishment is part of a scheme to enhance and extend... ...more >> 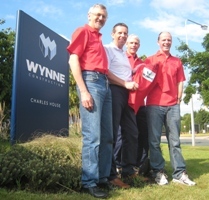 18-Jun-2008
Wynne Construction are delighted to have sponsored Prestatyn Running Club in this year's Welsh Castles Relay held last weekend on 14th and 15th June. The Welsh Castles Relay is a team event, but each stage is a head-to-head race from Caernarfon ... ...more >>

14-May-2008
Wynne Construction is celebrating winning one of the prestigious RoSPA occupational health & safety awards in 2008. The GOLD award was presented at a ceremony at the Hilton Birmingham Metropole Hotel, National Exhibition Centre on Wednesday 14 May,... ...more >> 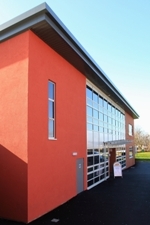 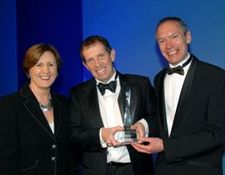 03-Mar-2008
At the annual 'Built on Success' Awards ceremony held on February 29 at the prestigious Celtic Manor Hotel, Newport, Chris Wynne was presented with the 2008 Procurement Award by ConstructionSkills Wales, the leading Sector Skills Council for the con... ...more >>